accidental photography is a tiny zine that provides an open invitation to take a minute to discover and appreciate the accidental photographs that were destined to be forgotten in the depths of my phone gallery. All of these photos have one thing in common - they were taken unintentionally. There is no reason for their existence other than me accidentally opening my camera app and pressing the shutter while pulling my phone out of my pockets. Alicia is clumsy.

Most modern smartphones have a camera shortcut on their lock screens, which is intended to allow for immediate access to the phone's camera. Usually you do not even need to use your lock screen code, fingerprint or password to access the shortcut. This feature is best used in situations where people want to take a quick snapshot.

Personally, I pretty much never use this shortcut to take snapshots. However, I still access it very regularly - on accident. Whenever I pull my phone out of my pockets / my purse, the screen reacts, and that often leads to the camera shortcut being accessed. As a result of this, sometimes I will have already taken a photo before I even bother looking at the phone screen.

Most of these accidental photographs are full of imperfections - they are blurry, the lighting is far from optimal, and usually there is no sense of perspective to be found within the photo. All of that is not too surprising, given that those photos were taken unconsciously while the phone was being moved out of a bag or pocket. But no matter how imperfect they may be, after all they are photographs, taken with a smartphone camera.

To some extent, smartphone cameras can be seen as the modern equivalent of instant cameras - all you have to do is to press the shutter, and your phone will do the rest. There is no physical feedback, you will not feel the quick snap of the camera shutter as you take the photo, and unlike traditional instant cameras - your phone won't spit out the freshly taken photograph. Instead, you will just have a tiny version of the freshly taken photo immediately appearing somewhere on the screen of your phone. (At least this implies that people will not try to shake their phones to make the photo develop faster - this was already counterproductive when people first started using Polaroid cameras to take snapshots.)

Those tiny versions of your photo serve as yet another shortcut, this time leading to your phone gallery.

The phone gallery.
A very bizarre place that serves as something between a collection of photo albums and a graveyard for any kind of digital image. Thanks to things like data compression, a digital photograph is incredibly lightweight. You can have hundreds, possibly even thousands of them stored on your device without any issue. If you take one on accident, it will not really impact you or your phone negatively. You will not even have to bother looking at it, since your phone automatically stores it in your gallery. There the photo will then wait for you to look at it and to do something with it - for example you could edit it, share it on the internet, or you could even just delete it to free up some storage space.

But why bother deleting it, usually a single digital photo barely takes up any space - so you might as well just leave it in your gallery. Unlike physical photographs, a digital photo can not collect dust. It will not lose its colors over the years, and you do not have to worry about things like temperature or humidity damaging the photo. As long as you take somewhat reasonable care of your device, your photo will be safe, it will look as good as new when you access it.

But most of the time those photos will not be accessed after they have been taken. Instead, they will just slowly drown in the constant flood of new digital imagery that is flowing into the phone gallery, and ultimately - those accidental photographs might just be forgotten entirely.

This zine was made using electric zine maker by Nathalie Lawhead and HTML5 Reader for Electric Zine Maker by Jeremy Oduber.

I am really impressed by your thought. I always had a feeling of pressure whenever I took photos for no reason. Maybe I was too strict to the photos... This zine makes me touched...

Reply
Alicia is lost51 days ago

It definitely sounds like you have been too strict. I am glad that it touched you, maybe it helps you to rethink your approach towards photos!

hope you're in safe place now

(looks like a horror movie from escaping a dark place to traveling & finally finding a safe place with electricity to charge your phone -- because any good scary movie character must have a phone that loses power very, very quickly)

Haha, I am safe now!

What you are saying is very interesting! Makes me think of creating a zine that tells a story by using random imagery from my gallery that is not actually linked together in any way. Thank you for this input! 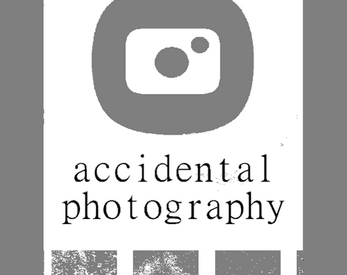